In its rationale, Standard and Poor’s said Richardson’s “Triple A” rating was based on the City’s, “very strong economy, very strong management with strong financial policies and practices, very strong budgetary flexibility, strong budgetary performance, very strong liquidity, and ongoing urban-design infrastructure initiatives that will help Richardson improve its overall quality of life and have a positive impact on the community.”

In its rationale, Moody’s said, “The rating reflects the city’s relatively large and affluent base that is bolstered by a sizable business district that draws a large daytime population.” Moody’s also praised Richardson’s “very strong financial management,” while noting Richardson’s, “Budgetary flexibility afforded by the City’s practice of funding capital within the annual budget.” Additionally, Moody’s predicts that “the regional employment base will continue to diversify and offer stability to the local economy.”

“We take pride in managing our City finances in a disciplined, effective and efficient manner,” said Richardson Mayor Paul Voelker. “Our financial position and fiscal management policies have allowed us to continue to enhance our resident’s quality of life, while delivering a strong return on investment for all stakeholders in the city. This recognition, in part allows us to invest in critical areas such as infrastructure and public safety. We are honored to once again meet the highest standards of fiscal responsibility by both Standard & Poor’s and Moody’s.”

This year the City plans to sell approximately $47 million in General Obligation bonds as well as nearly $14.7 million in Combination Tax and Revenue Certificates of Obligation and just over $15 million of Adjustable Rate General Obligation Bonds. The sale will provide funds for projects approved by voters in the 2015 Bond Program as well as short- and long-term capital expenses, including information technology, fire and solid waste equipment and water and sewer infrastructure.

About the City of Richardson

The City of Richardson is widely recognized for its commitment to excellence, its rich history and its bright future, all of which make Richardson a smart choice for residents and businesses. Known globally for its high-tech business leadership, the City of Richardson also offers a high quality of life, diverse array of neighborhoods, convenient Metroplex location, multi-modal transportation infrastructure and outstanding City services. Richardson has been repeatedly recognized as one of the top places to live and work by the national media, and the City remains dedicated to continuous improvement, as well as to the principles of open government and two-way communications with residents. To learn more, visit www.cor.net. 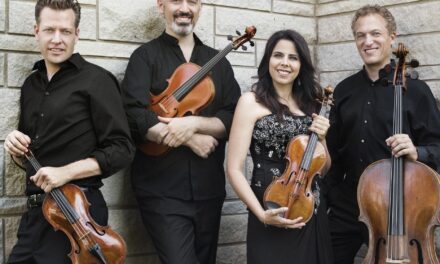 Application Deadline for Local Bands to Perform at Wildflower! is Dec. 31