Richardson continues to rank high among Cities in U.S.

When it comes to fun family events, food and education, the City of Richardson continues to rank high compared to other cities across the United States.

Over the last year, Richardson has won several titles including ranking among one of the top 25 cities to live, according to CBSNews.com and based on data from the U.S. Census Bureau, the F.B.I., the Bureau of Labor Statistics and other sources that considered crime statistics, public school performance, cost of living, job opportunities and local amenities.

The stats were processed by Niche, a company headquartered in Pittsburgh, Pennsylvania, that runs a ranking and review site, which also gave area schools an A+ making Richardson 10th best in Texas for education.

Richardson ranked as one of the best cities to move to, raise a family a great community to retire.  The City also ranked in the top 10 U.S. Cities with the happiest workers and in the top 10 for best places for workers who specialize in Science, Technology, Engineering and Math.

These achievements were recently shared with audience members at the State of the City Address. Check out the video attached to see what people are saying about the City and why residents are proud to call Richardson home.

Visit www.cor.net/stateofthecity to see the Mayor’s State of the City Address. 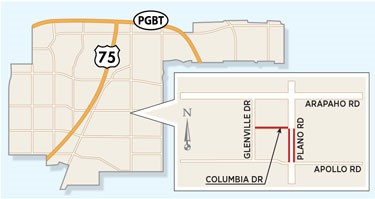