Richardson Police Chief Jimmy Spivey appeared before the City Council last month, providing a briefing on the Department’s use of force policy.

Spivey opened his presentation by calling the actions by law enforcement surrounding George Floyd’s death deplorable and unacceptable, and contrary to the policing he has known during his 49-year career. He also thanked those people who participated in peaceful gatherings, adding that the Department has worked hard to earn the support and trust of Richardson residents.

“I just want to be clear that this is not a police department or a city that will in any way tolerate unprofessional brutality or racism of any sort,” Spivey told the Council. “We are here to serve all the citizens of our community, no matter who they are. … There is in no way, shape, form or fashion that this is anything that professional law enforcement or any community in the United States should tolerate.”

Regarding the use of force policy, Spivey noted that Richardson officers are prohibited from using chokeholds or other neck restraints unless the use of deadly force is justified. Officers are also trained to use de-escalation techniques and exhaust all alternatives before shooting, with deadly force only allowed and lawful when there is an immediate threat of death or serious bodily injury to any person.  Spivey added that all police employees have a duty to intervene to stop the use of excessive force by another employee when it is safe and reasonable to do so.

“If I had to boil our use of force policy down to once sentence, it would be this one: ‘Under no circumstance will the level of force utilized be greater than necessary to accomplish a lawful conclusion to a police incident,’” he said.

The Richardson Police Department is a three-time recipient of the Texas Police Chiefs Association’s Best Practices Recognition Program, a voluntary process where participating police agencies in Texas prove their compliance with 166 Texas Law Enforcement Best Practices. Of the 2,739 agencies in Texas, only 167 have received recognition.

In addition to speaking about the use of force policy, Spivey highlighted the Department’s recruitment and training practices.

RPD typically gets thousands of applicants for open positions and focuses on recruiting at locations with a diverse set of candidates including universities with top criminal justice programs and historically high minority enrollment. During their time in the police academy, recruits take courses on topics such as civilian interaction training, de-escalation strategies, racial profiling and cultural diversity. While the state mandates 696 hours of academy training, Richardson officers receive 1,038 hours of basic training before they begin their field training. Additionally, while the state requires 40 hours of continuing education training every two years, RPD provides its officers with 40 hours each year. 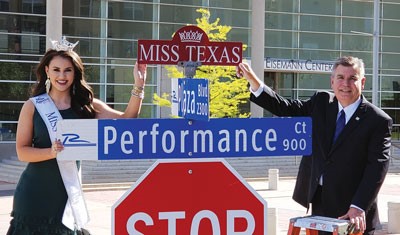