The City of Richardson now has an official “social media policy for elected and appointed officials” due to a resolution passed at Monday’s City Council meeting. The policy applies to the City Council and appointed members of all City boards, committees and commissions while they hold their position.

Best practices, guidelines and conduct standards of the policy encourage public officials to keep personal and professional social media accounts separated, and require officials to be honest and accurate when posting information and to never represent themselves as a spokesperson for City-related matters unless designated to serve as a spokesperson.

The complete social media policy may be found in the Nov. 2 meeting handouts posted here (Exhibit A, pgs. 85-87). 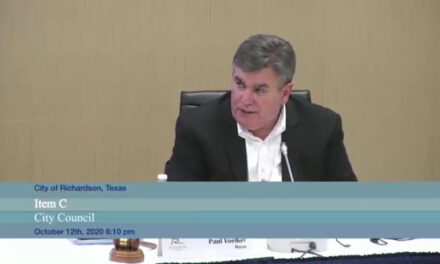