Smoke Testing to Begin Next Week in West Richardson

Testing to look for leaks in the City’s sewer system along the Cottonwood Creek drainage basin will begin next week in the western part of Richardson (see map). The testing, conducted by the RJN Group, will involve the use of smoke to identify where storm water may be entering underground sewer lines. The smoke is nontoxic, with minimal odor, but it could be very visible in areas where leaks are detected.

Testing will start in the southern part of the basin and progress north, and is expected to last approximately 14-16 weeks, weather permitting. Testing on specific streets within the study area should only take 20-30 minutes. If you live in the test area, you will see a notice placed on your front door at least 24 hours prior to the test. Street signs will also be placed at each end of the blocks where testing is underway. Smoke testing cannot be conducted if it is raining or has recently rained. If crews are unable to conduct testing in the notified areas due to weather, the areas will be re-notified before testing is conducted at a later date.

This is the third year of a multi-year schedule for smoke testing of the City’s 410 miles of sewer lines. Over the last two summers, 148 miles have been tested; 97 miles will be tested this summer.

Anyone with questions regarding the smoke testing process can call Tristan Nickel at 972-437-4300. For more information, visit www.cor.net/smoketest or contact padma.patla@cor.gov. 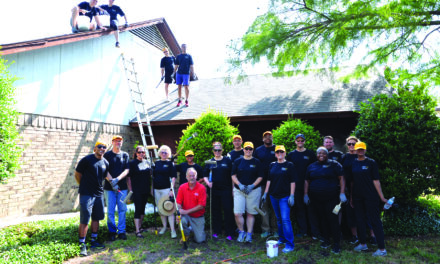