(Richardson, Texas) – Ronny Glanton, PGA, the head professional at the City of Richardson’s Sherrill Park Golf Course, was recognized nationally by the PGA of America as the 2020 PGA Golf Professional of the Year. This award is the highest annual honor given to a PGA of America Professional, awarded for qualities of leadership, strong moral character and a substantial record of service to the PGA and the game of golf.

“I am honored and humbled to receive this award,” said Glanton. “I would like to thank the City of Richardson for believing in me.”

Glanton has spent the past 35 years as head professional at Sherrill Park Golf Course, which is consistently ranked among the top municipal golf facilities in Texas. A PGA member since 1984, he manages golf operations including rounds, food and beverage, teaching, property renovations and course maintenance for the over 300-acre facility. Glanton has created a culture that enables individuals from all walks of life to embrace the game in a welcoming environment.

“We are so proud of Ronny’s richly deserved recognition with this top national honor,” said Richardson City Manager Dan Johnson. “Ronny is widely respected as an accomplished teacher who believes that golfers who establish good fundamentals from day one will enjoy the game for a lifetime. He has also done an incredible job over nearly four decades of service to the community, ensuring that Richardson has the highest-caliber municipal golf facilities that remain accessible to residents, thus exemplifying our dedication to outstanding recreational amenities for all.”

The current honorary president of the Northern Texas PGA Section (NTPGA), Glanton served as Section president from 2018-19 and 2006-07. He also served as District 12 director for the PGA board of directors (2010-12); chairman of the PGA of America Associate Committee (2008-09); and chairman of the Tournament Committee (member events only, 2010-14). Glanton played an integral role in the PGA Frisco project, which includes two 18-hole courses, the relocation of the PGA of America headquarters and a new headquarters for the NTPGA.

Glanton is the first three-time recipient of the NTPGA’s PGA Golf Professional of the Year Award (1999, 2007, 2019). He also is a five-time NTPGA Bill Strausbaugh Award winner (2003, 2004, 2005, 2008, 2014) and was named the 1994 NTPGA Merchandiser of the Year – Public Category. An accomplished player, Glanton has competed in nine PGA Professional Championships; four Senior PGA Professional Championships; and seven AT&T Byron Nelson events on the PGA Tour.

The awards are currently scheduled to be presented on Tuesday, October 27, as part of the 2020 PGA Annual Meeting in Hartford, Connecticut. For bios and information on all of the 2020 PGA of America individual award winners, click here. 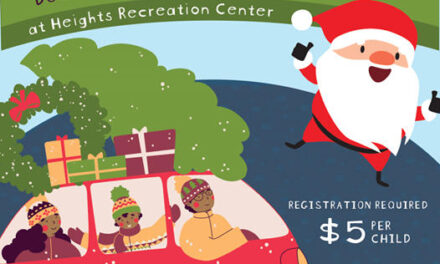 Register for Drive-Thru “Breakfast with Santa”

How to spot a water leak