Richardson named one of the “best foodIE cities” in the country

RICHARDSON – The City of Richardson is known for its many ethnic food options and is one of the reasons why apartmentguide.com has named Richardson one of the “best foodie cities” in the country.

Richardson ranked No. 33 out of 314 cities that were eligible to participate in the survey.  It is one of two Texas cities that made it on the list’s Top 50 with Houston coming in at No. 42.

The study looked at cities of 100,000 people or more, according to the U.S. Census Bureau’s 2019 estimates and then used a database of 8 million commercially licensed business listings to find the total number of restaurants in each area. Cities were ranked by its number of restaurants per capita, restaurant density per square mile of land area and the percentage of non-chain restaurants.

According to the survey, Richardson has 34 restaurants per capita, a restaurant density of 61 and has 88 local restaurants.

Visit https://www.apartmentguide.com/blog/best-cities-for-foodies/#top50 for more on the survey.

Outdoor Warning Sirens Get a Tune-Up 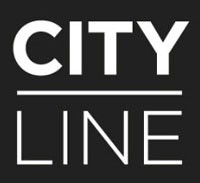