Testing took place this month in Richardson for an autonomous, last-mile personal delivery vehicle that was developed for FedEx by Deka. Homes in neighborhoods near Berkner High School received mock deliveries from the prototype, a.k.a. “Roxo,” which weighs 450 pounds, is about 5.5 feet-tall and can hold about 100 pounds. It can travel on the side of the road or on sidewalks, and thanks to sensors, can detect objects/movement up to 150 feet.

FedEx worked with Richardson Police and Fire, as well as City engineers and the Marlborough Square HOA to make sure the testing ran smoothly. Testing will continue in Richardson later this year after Roxo heads back to the lab for adjustments based on testing feedback/data. Richardson is one of several cities in which Roxo has been tested. 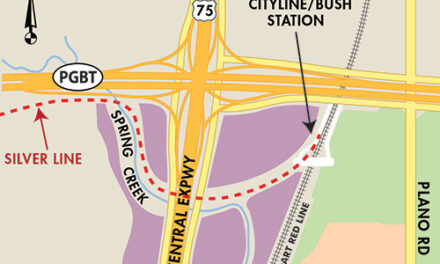