As the celebration of Richardson’s 150th anniversary continues, you may want to get a history lesson from Dr. Steven Butler.

“A lot of people call me ‘Doc’ because I have a doctorate. I always tell everybody ‘I am a doctor, but the only thing I can cure you of is ignorance of history,’” he said.

Butler, a longtime Richardson resident and president of the Richardson Historical and Genealogical Society, wrote a book to help the public gain a better understanding of the City’s history. It’s titled “A Sesquicentennial History of Richardson, Texas or How a Tiny Railroad Town Became One of the Biggest Small Cities in the Lone Star State. Volume One: Rural Roots 1841-1924.”

His interest in learning more about Richardson stemmed from a DNA test. Butler discovered that his last name should be Miles instead of Butler. His grandfather, Charlie Miles, was a Richardson resident. Once he learned that information, Butler wanted to know everything about the town where his grandfather used to live.

“When was the town founded? How was it founded? Who’s responsible?” he asked.

The book answers those questions and more. It tells us that it was the Houston and Texas Central Railroad that is responsible for the existence of Richardson.

“The railroad was building up from Houston in the 1870s and reached Dallas in 1872 and got out here to Richardson the following year in 1873,” Butler explained.

The book also notes that the City is named after Alfred Stephen Richardson, the secretary of the railroad.

“It was the custom in those days, or the habit of the railroad, to name a lot of the new towns they established along the route after the directors of the railroad,” he added.

As part of his research, Butler used a number of items such as photographs provided by the Richardson Public Library. However, he said there were two primary resources that were extremely helpful.

“The old deed records of Dallas County and newspapers of the time period, like the Richardson Echo,” Butler said.

He even found some interesting stories like this one about a sitting president.

“I found out from a book that an early Richardson resident wrote that in fact Theodore Roosevelt did stop here. He stopped at the train depot and a bunch of people gathered around, and he had a brief address,” Butler shared.

If you’re interested in reading about these moments in history and more, a copy of the book is available at the Richardson Public Library. It can also be purchased for a special “sesquicentennial price” of $20.23 on Amazon.

For a list of events, community involvement opportunities, history stories and additional ways to keep up with the latest information about Richardson’s 150th anniversary celebration, visit www.richardson150th.com.

“This is your town. Celebrate it. We live in one of the best cities in Texas. Oh heck, we live in the best city in Texas,” Butler added. 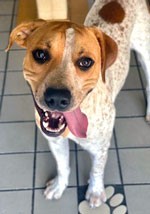