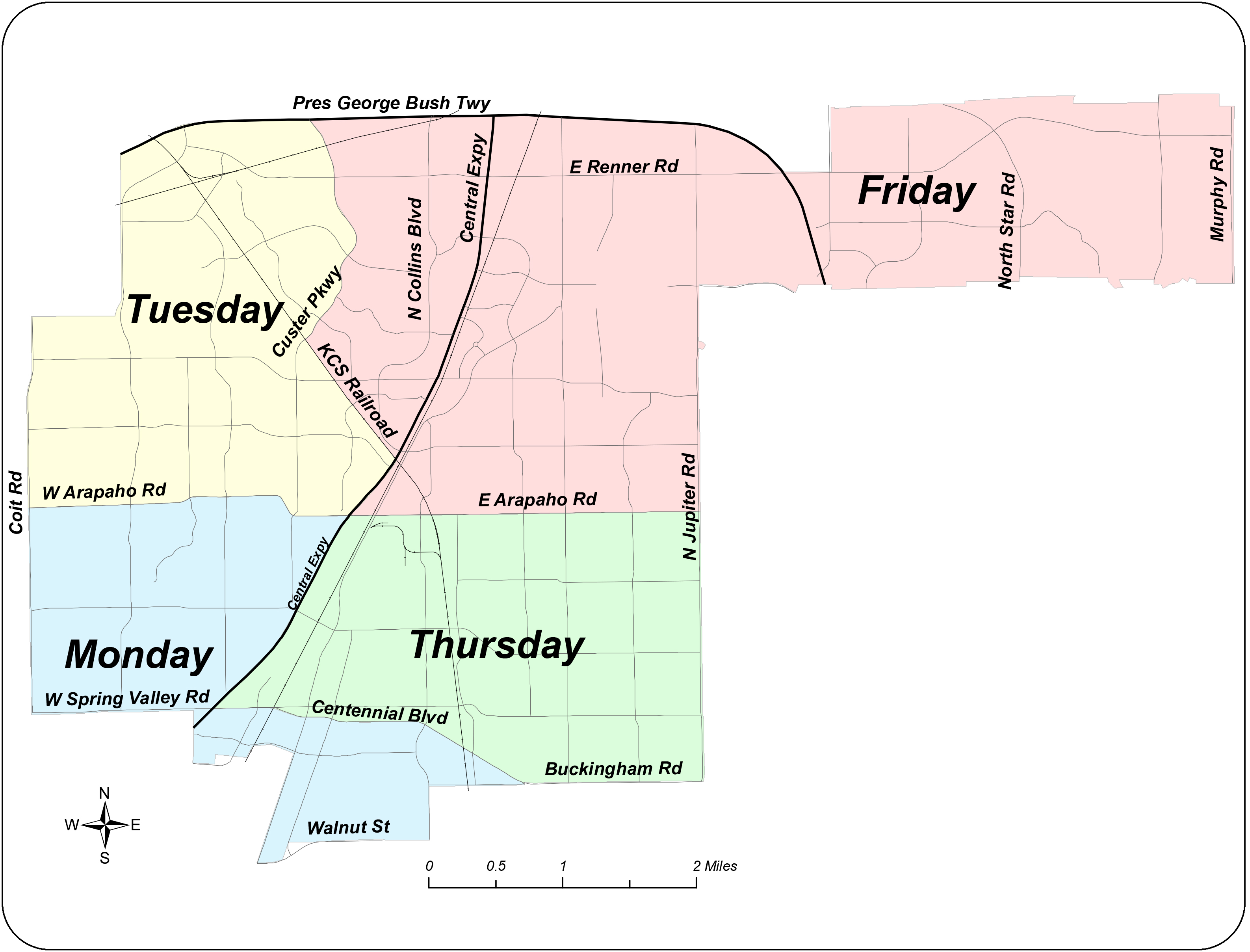 Initial passes in all other sections have been completed.  In addition, crews are collecting in other areas of the Monday zone and are working from the standard BABIC list/routes collecting both called-in and non-called in material along the routes.

Starting Tuesday, June 18 (tomorrow) “street-to-street” collections are not necessary in the Tuesday, Thursday, or Friday zones.  Crews will collect material in these zones via the regular BABIC list/routes collecting material from both call-in/requested locations and non-requested locations along the routes.

Crews will repeat this collection schedule until the storm debris has been completely collected.  Workers anticipate a 3 – 5 week period of continued heavy volumes of material in the Monday BABIC zone (southwest Richardson) as residents continue to place storm debris out for collection.