RICHARDSON – Crews working for the City of Richardson are creating smoke in various neighborhoods as workers test to find leaks in the city’s sewer system.

“We partially block lines. We still want to leave enough space to let any active flow that’s in the sewer system to go through so sewer system is maintained, but we do want to take up some of the air space that’s in the lines,” said Tristan Nickel, Engineering Supervisor for RJN Group. “We do that because that will allow us to increase the pressure in the lines which then pushes the smoke through the soil better and easier and lets us find more defects, all of the issues,” he adds.

Technicians use a generator to blow nontoxic smoke into utility lines. The smoke then fills the space and escapes wherever there’s a leak or bad connection.

Smoke testing in Richardson began in 2016 as part of a multiyear program. So far, about 1.3 million linear feet of sewer pipe has been checked, and more testing is schedule at least for two more years.

The city is divided into six separate drainage basins for sewer collection. Testing has already been completed in the Floyd Branch, Duck Creek, and Cottonwood Basin. This year, the crew is finishing testing in the Spring Creek Basin.

A notice is placed on front doors at least 24 hours prior to area’s being tested. 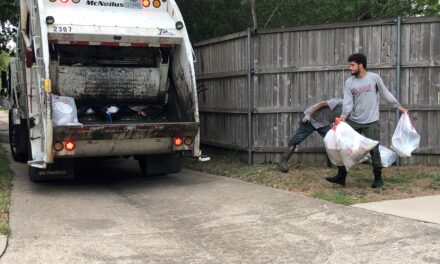 Trash, Recycling and Facility Schedule for the Memorial Day Holiday 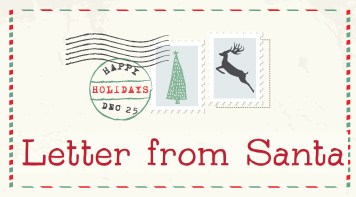 “Letters from Santa” Now Being Accepted