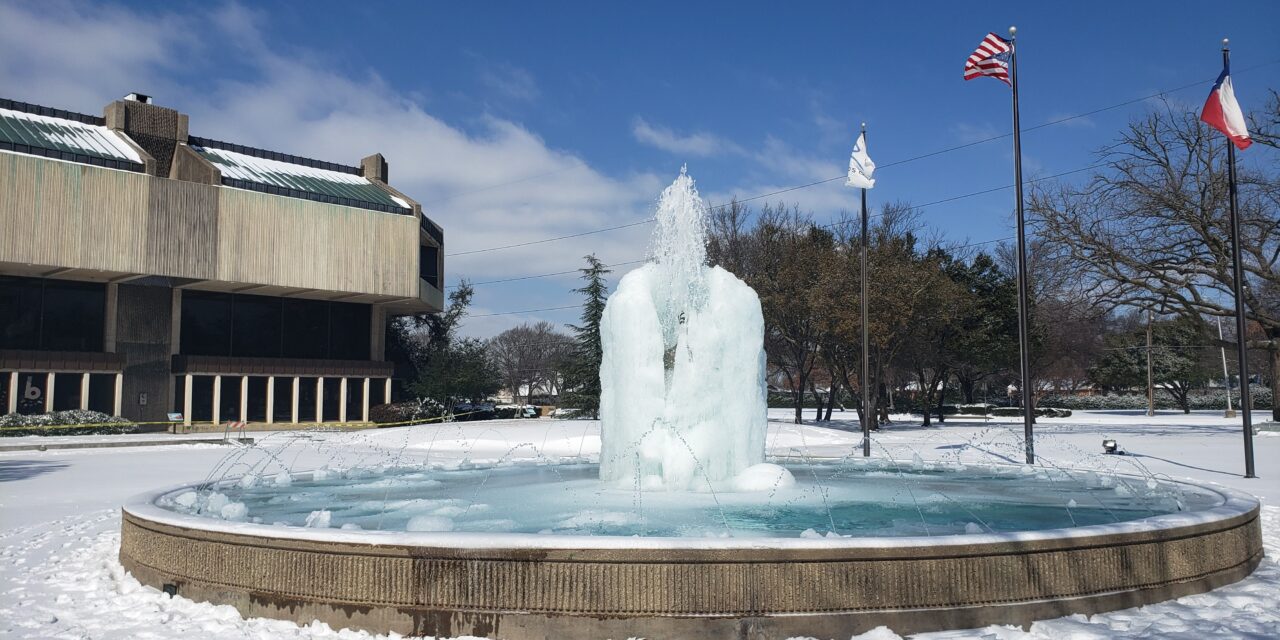 The fountain that serves as the centerpiece of City Hall’s Fountain Plaza made news around the world this week when an Associated Press photograph of the frozen fountain was shown on national and international newscasts and websites including Fox Business, Yahoo News, and the Washington Post, as well as at least one French television news station. In the widely shared photo, a Parks and Recreation staff member is seen standing in the fountain as he works to break the ice and keep the water circulating.

With temperatures hovering near zero for part of the week, some people are wondering why the city didn’t turn the water off to the fountain.  The answer boils down to the fact that cutting off the water would damage the fountain if it froze solid.

Bobby Kinser, an assistant superintendent with the Parks and Recreation Department, said you need to think of the fountain like you would the pipes in your house. Since flowing water doesn’t freeze as readily as still water, leaving your faucets dripping helps prevent pipes from freezing. The fountain works the same way, Kinser said, noting that while the surface of the water in the fountain and the water dripping from the crown froze, the water under the surface remained liquid. If the flow of water was stopped, the fountain could have frozen solid, damaging and potentially destroying the subsurface plumbing and lighting systems. 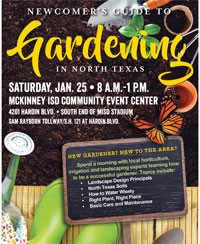 Save the Date: Annual “Newcomer’s Guide to Gardening” Event is Jan. 25 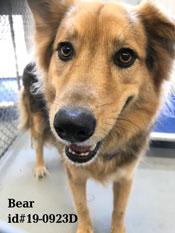 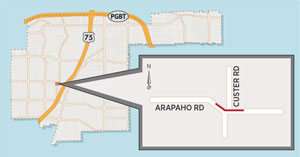 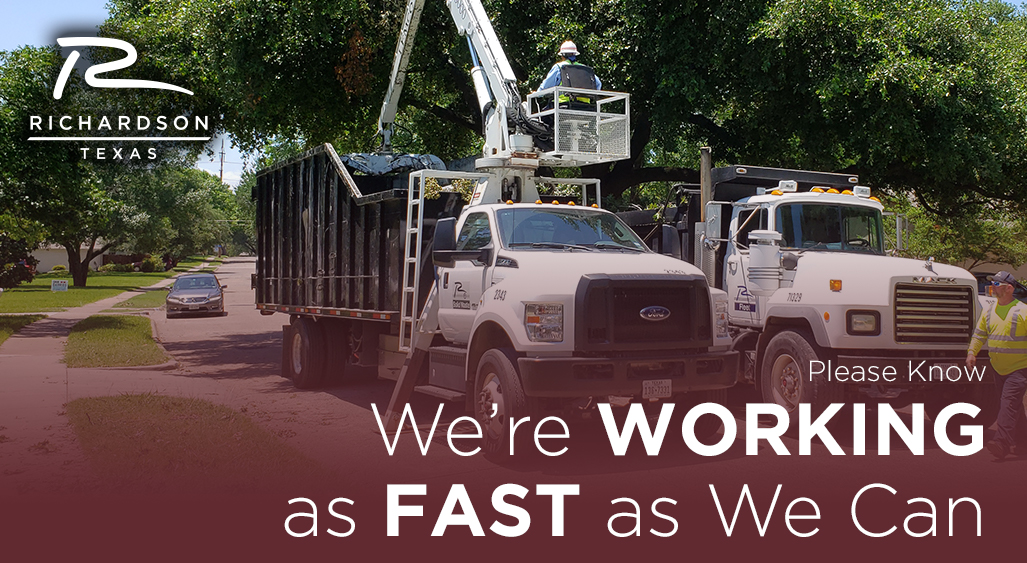